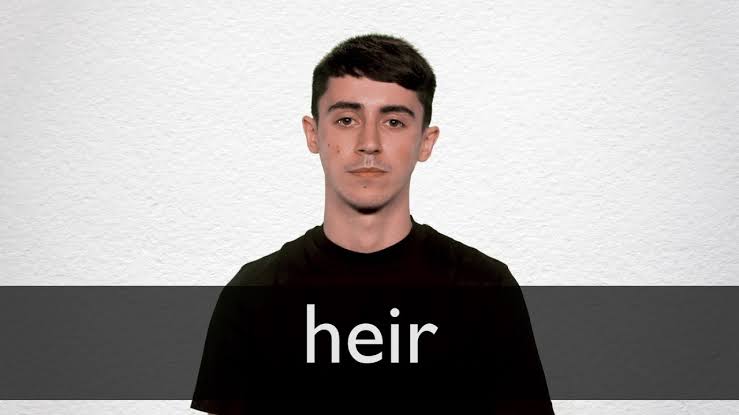 This is a question of great concern, he is an heir yet still not different from a slave.
Firstly who is an heir? Someone who inherits or a continuator. He continues the role of his predecessor, of which the nature the predecessor passed matters because that determines his destiny. We know we are heirs with Christ.

and if children, then heirs—heirs of God and fellow heirs with Christ, provided we suffer with him in order that we may also be glorified with him.

Herein is our clarification that our inheritance is a better one and certainly the best, we have God’s Son realities passed to us, freely without charging us for them.

Just as a father passes his properties to his children so does Jesus in giving us all that are His (righteousness, justification, salvation, joy and many more).

No wonder Apostle John in his epistle said

See what kind of love the Father has given to us, that we should be called children of God; and so we are. The reason why the world does not know us is that it did not know him.

But why do the heirs still live like a slave?

This is absolutely illogical to human reasoning, but are we concerned why our lives as Christians are not different from that of an unbeliever? A Christian is simply someone who confesses that Jesus Christ is Lord and believes that God raised Him from the dead and the bible gives us the assurance that such shall be saved. Even John says

But to all who did receive him, who believed in his name, he gave the right to become children of God

Beliving on the Lord Jesus is all needed to be saved, the bible continues that God gives the right to become that sons of God. Who is the man Christ Jesus? The Son of God and we are His(Jesus) sons and He has passed to us His nature to live like He lived(as an Heir).
Galatians 4:1 identifies the problem for us, it reads

I mean that the heir, as long as he is a child, is no different from a slave, though he is the owner of everything,

He is indeed an heir, no one is disputing it. Yes he is a Christian, God recognized him as one. Certainly, if he dies today he will make heaven but so disheartening he is still a child. In what sense? This kind of life doesn’t necessarily affect the initial stage of salvation. Because we can see the bible still recognized him as an heir.

And if you are Christ’s, then you are Abraham’s offspring, heirs according to promise.

To be Christ’s is to be an heir. We should note that the bible didn’t say “he is a slave” but rather “he is no different from a slave”. Logically we might conclude that he is still a slave.

But this slavery is in the old nature from which he was delivered to be born again in Christ. Hence God wouldn’t see him as a slave but not just different from a slave.

Why Is The Heir not Different From A Slave?

In the same way we also, when we were children, were enslaved to the elementary principles of the world.

Still enslaved to the elementary principles of the world (law of sin and death) from which Christ has set him free.

For the law of the Spirit of life has set you free in Christ Jesus from the law of sin and death.

The Solution: Grow into Maturity

but he is under guardians and managers until the date set by his father.

The Holy Spirit being our main Guardian and Manager, the Father’s promise. His instructions to us are our guardians and managers. These instructions are not always general but mostly person specific which means we cannot look to a fellow Christian in the journey to determine our instructions as the Father only knows what we need individually for our transformation. This is where hearing of the voice of God is also very important.

Before certain things will be given to a child, he is expected to have grown. Should we think less of our father in heaven who is the most loving father to treat us lesser than that? In our growth lies the secret of answered prayers.

He desires that we grow that He might manifest through us in this world but the state of our growth is hindering Him.

Though an heir but not different from a slave because he is still a child. He is unable to press into the fullness of life that God promised the seed of Abraham.

How can we grow? By prayer, meditation on God’s word, bible study, worship and fellowshipping with other believers.
Let us strife and cooperate with the Holy Spirit. So that we can grow and live the life of an heir indeed.