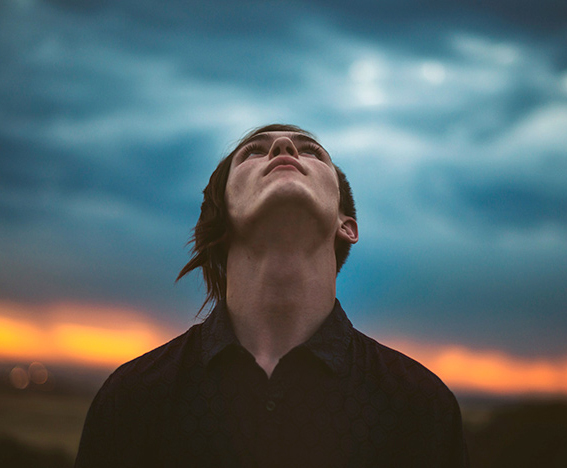 Challenges in life can be overwhelming, many ways might have been tried but not working out, even expectations might not have been met, but God would not have us give up. Out of many things I am confident God would not say. I’m confident He won’t ask us to fear nor give up in believing Him. He said to the people, Isaiah 45:22 “Let your hearts be turned to me, so that you may have salvation, all the ends of the earth: for I am God, and there is no other.”

He knows that there is no savior beside Himself, though His children have gotten themselves many saviors which indeed are not. Salvation itself is a broad word and it is not only giving one’s life to Christ that one can have salvation, indirectly every sphere of one’s life is crying for salvation, just as the call extends to “all the ends of the earth”. From the quotation we see God issuing out the command “Look (let your hearts be turned to Me)”.

Looking is an intentional act, it is not under an involuntary action you can choose to look or not to look, but too whom do you look? Proverbs 4:25 “Let thine eyes look right on, and let thine eyelids look straight before thee.” Solomon admonished, here we also see the voluntary action of looking/turning “LET”.

So we are in the world filled with all sorts of distractions, there are many voices around, many noise, billows here and there and as it is said “when one goes to the market, one has to focus on the purpose of going and not get carried away by the distractions” therefore, as Christians we have to look to God alone, because He made us and with Him alone do we have transactions.

On this earth there are 3 forces: God, Satan and nature, of which the force of God and Satan are against each other. God will have us look to Him and most importantly look right and straight. In the act of prayer, Apostle James told us that ” But when you ask, you must believe and not doubt, because the one who doubts is like a wave of the sea, blown and tossed by the wind. Those who doubt should not think they will receive anything from the Lord;” as it has been said earlier there are distractions (forces) which tend to shift our gaze from Him that was crucified for us.

God’s Word is God’s will as well as His mind, when a man prays, his eyes has to look to God and importantly look right and straight having believed that “For he is the Yes to all the undertakings of God: and by him all the words of God are made certain and put into effect, to the glory of God through us” no ifs or buts, therefore, when prayers will be made the focus should be right and straight. God has said it and it is settled, mine is to believe, that is looking right and straight regardless of what the world around one might be saying because “We live by faith, not by sight.”

One of the keys to looking right and straight is to know God’s nature, one of which is “it is not possible for God to be false;” having believed this one should be “….certain that God was able to keep his word.” Also finding God’s promises regarding one’s situation, proclaiming it and meditating on it. It should be noted that though ”the word of God is living and full of power”, it is a treasure that must be discovered, gold to be mined which is not very easy but there is certainty of the presence of gold and through perseverance, the goal will be reached.

The instruction is simple and there is a blessing that follows after one has looked ( which indeed needs one’s whole being to be put into it) God promised salvation, from whatever situation one might be. The bible says in Psalms 37:39 ” The salvation of the righteous comes from the LORD…..”

God would have us come to Him for all our needs, God is so much worried when His children refused to call out to Him, stop running from mountains to hills, find your rest in God, there might be other alternatives but God is jealous He wants to be put first and allowed to lead. Look to Christ alone and your burdens shall fall and songs of salvation shall fill your mouth and gladly you will say He has become my salvation.