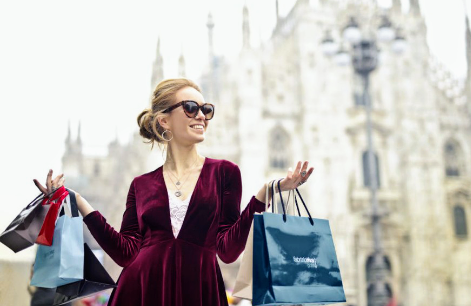 Many had been caught in the devil’s web, while seeking for the kind of success that’s obtainable in circular life. In a bid to create more wealth, become influential. And live flamboyantly – a lot of people even believers have been ensnared by unholy desires.

The world promises people pleasures, happiness, materialism, and instant gratification. However, the truth remains the fact that they all lead to enslavement to sin – through bad addictions and failures. Evidently, it’s almost impossible to detect the captivity we’re walking into. When we go in pursuit of those things that are not for God’s glory. But the truth is that, desires sought outside of God can’t be satisfied even if they were granted.

Before coming to Christ, every believer was enslaved in this same captivity. We escaped not by our own will, but by the grace and mercy of God. The truth is, God saved us. Otherwise, we would not be any different from the people of the circular world.

God knew you and I would be tempted to give in to unholy desires at some point. Thus, he warned us way ahead of time in Titus 2:12. “It teaches us to say ‘No’ to ungodliness and worldly passions. And to live self-controlled, upright and godly lives in this present age.”

1 John 2: 15 also says, “Do not love the world or anything in the world. If anyone loves the world, love for the Father is not in them. God’s word has made a clear distinction between the truth and lie. What God expects from us is to follow his precepts and avoid the trap.

God’s Gracious Grace That Found Us

Through the power of the Holy Spirit, we’ve been made strong to control our passions. And unholy desires so that we may love God and seek his glory always. Instead of ours in all that we do.

Undoubtedly, we can’t love both God and the world. Love for the world is born out of unholy desires. Consequently, making the hearts of many drawn towards selfishness, anger, lust, greed, etc. On the other hand, a heart that loves God is born out of the Spirit.

Thanks to God’s graciousness, we would have remained creatures of instinct and still be in darkness. But God has spoken light into our dark minds, truth into our foolishness. Psalm 119:105 says. Your word is a lamp for my feet, a light on my path. The greatest news of all time is that, we can all be guided by the light of God’s word. He had already executed the redemption plan. Now all he wants is to have us brought back into his kingdom.

Lastly, we’ve been redeemed by the sacrifice of Christ, to love God with all of our hearts and not the world. For everything in the world – the lust of the flesh, the lust of the eyes. And the pride of life – comes not from the Father but from the world 1 John 2:16.25.