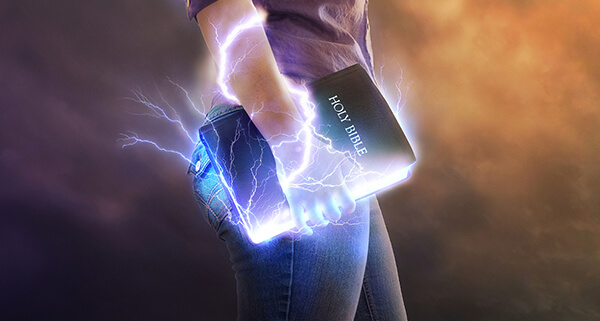 We will see from God’s Word how God gives His signs and wonders. Even in our daily lives, we experience the miracles of God, and occasionally as a great testimony in healing from a deadly disease, in the form of escaping hopeless situations. It is part of our lives, already those who have a personal relationship with the Lord in reality.

Today we will focus more on the signs and wonders that followed the apostles. Think of Peter and John, by whom the Lord healed the lame man. The Lord also performed many miracles and signs through Paul. By Paul's handkerchiefs, the obsessed were freed from demons, they were healed of diseases. The Lord also raised up the dead through Paul, and many were healed by the shadow of Peter. Surely you have noticed that I have always said that the Lord did these things through Peter or Paul. For these apostles were not given a power that they could be pulled out of their pocket at any time. Let's start with this verse:

Mark 16:14-18
„Afterward he appeared to the eleven themselves as they were reclining at table, and he rebuked them for their unbelief and hardness of heart, because they had not believed those who saw him after he had risen. And he said to them, "Go into all the world and proclaim the gospel to the whole creation. Whoever believes and is baptized will be saved, but whoever does not believe will be condemned. And these signs will accompany those who believe: in my name they will cast out demons; they will speak in new tongues; they will pick up serpents with their hands; and if they drink any deadly poison, it will not hurt them; they will lay their hands on the sick, and they will recover."”

So this is the promise of Jesus, and not only to the apostles, but to all who follow Him! We can take this promise as personal, but we don’t see these signs in everyone. In fact, for very few. Speaking in tongues is actually practiced by many, but this list of Jesus ’promise is more extensive and spectacular. There are countless ideas and beliefs in the camp of believers about what it means to follow Jesus. But obviously the standard of true following was not given by man but by God, so we must seek it in the Word of God. Examples are:

True love does not end in thought or speech, but in action! And by what actions can we express our love? The Word of God tells us:

But we also read about this in John's letter:

It is the love that really shows how much we love God. And here is a shocking message to many: "and his commandments are not burdensome." This shocks many, and others laugh at it, saying, "for it cannot be kept!" What's the difference? While God’s Word says it is not difficult to keep God’s commandments, people say it is not possible. It’s really impossible for humans. But those who no longer walk according to their bodies, but let God take full control of their lives, will no longer really have a hard time keeping the commandments. Why? Because it will be natural to follow them.

Matthew 11:29-30
„Take my yoke upon you, and learn from me, for I am gentle and lowly in heart, and you will find rest for your souls. For my yoke is easy, and my burden is light."”

And this is because you no longer obey by commandment, but by love. But let's look further at what it means to follow Jesus:

Matthew 10:38
„And whoever does not take his cross and follow me is not worthy of me.”

It is often said that Jesus gave only one commandment to the disciples that we must keep, and that is love. But this love is far from what many people think is love. For Jesus has given the measure of love, we must love one another as He loves us:

Jesus does not just love us by dying on the cross. For he gave his life for us and not only his death, he served the people and therefore pushed aside His own needs:

Let us also read and see from Paul the unity that reinforces each other in this verse:

Also, let’s remember how I started this teaching when it came to following Jesus. With love, namely, that we can express our love for Jesus by keeping His commandments.

So this is what it means to follow Jesus. Now let’s move on to our starting verse, but I’m going to read on now because there are two more verse belonging:

Mark 16:14-20
„Afterward he appeared to the eleven themselves as they were reclining at table, and he rebuked them for their unbelief and hardness of heart, because they had not believed those who saw him after he had risen. And he said to them, "Go into all the world and proclaim the gospel to the whole creation. Whoever believes and is baptized will be saved, but whoever does not believe will be condemned. And these signs will accompany those who believe: in my name they will cast out demons; they will speak in new tongues; they will pick up serpents with their hands; and if they drink any deadly poison, it will not hurt them; they will lay their hands on the sick, and they will recover." So then the Lord Jesus, after he had spoken to them, was taken up into heaven and sat down at the right hand of God. And they went out and preached everywhere, while the Lord worked with them and confirmed the message by accompanying signs.]]”

We read that the Lord worked with them and confirmed the message by the signs! So the pure gospel was preached and God showed by its signs that the true gospel was being preached. Do we understand this tremendous promise of pure preaching? This is for all who unequivocally proclaim the Word of God, without any human objection, misinterpretation, or substitution. But let’s look at another verse that confirms all this:

Acts 4:24-31
„And when they heard it, they lifted their voices together to God and said, "Sovereign Lord, who made the heaven and the earth and the sea and everything in them, who through the mouth of our father David, your servant, said by the Holy Spirit, "'Why did the Gentiles rage, and the peoples plot in vain? The kings of the earth set themselves, and the rulers were gathered together, against the Lord and against his Anointed'-- for truly in this city there were gathered together against your holy servant Jesus, whom you anointed, both Herod and Pontius Pilate, along with the Gentiles and the peoples of Israel, to do whatever your hand and your plan had predestined to take place. And now, Lord, look upon their threats and grant to your servants to continue to speak your word with all boldness, while you stretch out your hand to heal, and signs and wonders are performed through the name of your holy servant Jesus." And when they had prayed, the place in which they were gathered together was shaken, and they were all filled with the Holy Spirit and continued to speak the word of God with boldness.”

In their prayers, they asked them to speak the word of God with boldness, and they also asked God to seal it with signs and wonders. They asked for God’s cooperation because they sought His glory, they served Him with a pure heart.

John 14:11-15
„Believe me that I am in the Father and the Father is in me, or else believe on account of the works themselves. "Truly, truly, I say to you, whoever believes in me will also do the works that I do; and greater works than these will he do, because I am going to the Father. Whatever you ask in my name, this I will do, that the Father may be glorified in the Son. If you ask me anything in my name, I will do it. "If you love me, you will keep my commandments.”

By this Jesus said that if they did not believe His word, they would believe His works: for they also beareth witness of Him. This is why God accompanies the speech of his true servants with signs and wonders, for the kingdom of God is not in word, but in power, as Paul says:

1Corinthians 4:20
„For the kingdom of God does not consist in talk but in power.”

Jesus had power in his speech. Jesus did not teach people as their scribes did (Matt. 7:29). But why? For Jesus lived what he said, and his speech was followed by signs and wonders. This is what Jesus promises to those who follow Him in reality.

Do you need that promise? 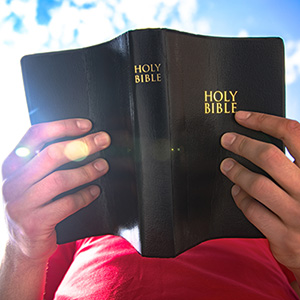 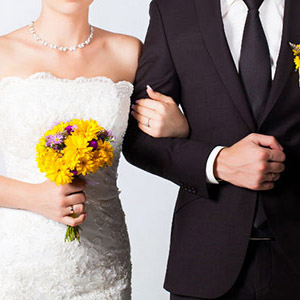 Can Christians marry non-believers?
What is God's will regarding this? The Word answers this question as well!
BibleQuizPro
View 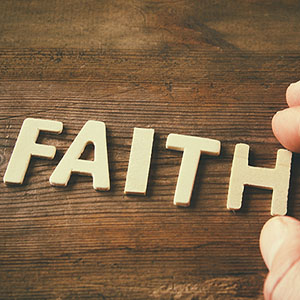 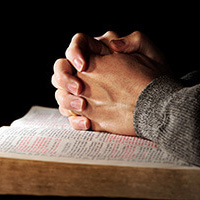 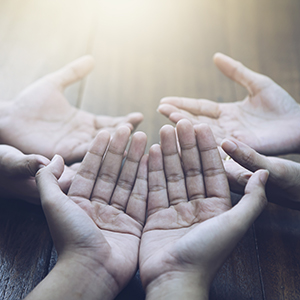 The Obedience of Faith
Show your God that you are willing and able to obey whatever He asks of you.
BibleQuizPro
View