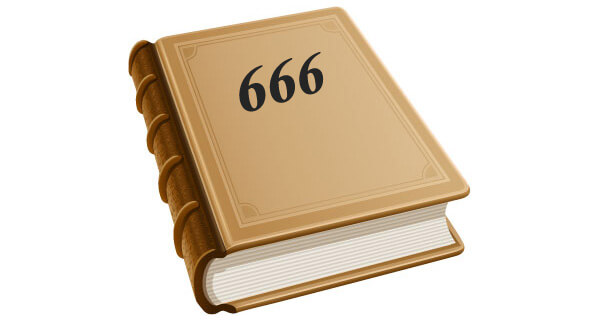 The Gospel of Antichrist

I know that nowadays many people claim that God has changed, as they see a merciless and diehard God during the Old Testament’s era, and in the New Testament’s era they see the son of God, and people believe that He says it is enough to accept His grace. They don’t even see that Jesus was pointing at the Father, even about the commandments:

Mark 10,17-22
“As Jesus started on his way, a man ran up to him and fell on his knees before him. “Good teacher,” he asked, “what must I do to inherit eternal life?” “Why do you call me good?” Jesus answered. “No one is good—except God alone. 19 You know the commandments: ‘You shall not murder, you shall not commit adultery, you shall not steal, you shall not give false testimony, you shall not defraud, honor your father and mother.’” “Teacher,” he declared, “all these I have kept since I was a boy.” Jesus looked at him and loved him. “One thing you lack,” he said. “Go, sell everything you have and give to the poor, and you will have treasure in heaven. Then come, follow me.” At this the man’s face fell. He went away sad, because he had great wealth.”

As well as regarding eternal life:

John 12,49-50
“For I did not speak on my own, but the Father who sent me commanded me to say all that I have spoken. I know that his command leads to eternal life. So whatever I say is just what the Father has told me to say.”

Revelations 22,13-16
“I am the Alpha and the Omega, the First and the Last, the Beginning and the End. “Blessed are those who wash their robes, that they may have the right to the tree of life and may go through the gates into the city. Outside are the dogs, those who practice magic arts, the sexually immoral, the murderers, the idolaters and everyone who loves and practices falsehood. “I, Jesus, have sent my angel to give you this testimony for the churches. I am the Root and the Offspring of David, and the bright Morning Star.”

But even regarding God’s deity:

John 14,6
“Jesus answered, “I am the way and the truth and the life. No one comes to the Father except through me.”

As Jesus did not say that “I am your new God”, but he said that through Him we can go to the Father! Hence He is the Way, although the destination is still the Father! As there were people long ago, there are still people today who misinterpret the words of Jesus:

John 14,9
“Jesus answered: “Don’t you know me, Philip, even after I have been among you such a long time? Anyone who has seen me has seen the Father. How can you say, ‘Show us the Father’?”

This is because Jesus represented the Father perfectly, as whoever looked upon Jesus saw the Father. This should be the goal of today’s gospel. A common misbelief and thinking which ingrained into Christianity is that Jesus came to ease our journey to God. However, we can see the exact opposite in Matthew 5, that it became more difficult:

Why is Jesus so strict? Let’s not forget, that Jesus only said what the Father has told Him. So we can see, that He taught the Father’s commandments free from human regulations, and behold, here is the true interpretation! For example, we can read about how adultery does not actually begin when people have sex, but when the desire forms within their hearts. But how did Jesus conclude this teaching?

“Be perfect, therefore, as your heavenly Father is perfect.”

Oooh, surely Jesus did not mean it literally, as no one is perfect – sounds like most people’s excuses. But their excuses make them free from God. Is it impossible to live the way the Word is teaching? It is impossible for man, as Jesus said:

Everything is possible for God! This is what Jesus did for us, so that He can live within us, in a way that’s kind in the Father’s eyes!

1John 2,5-6
“But if anyone obeys his word, love for God is truly made complete in them. This is how we know we are in him: Whoever claims to live in him must live as Jesus did.”

The way Jesus walked on Earth, is the same way Jesus will walk within us, if He truly lives within us. As we have discussed already, Jesus came to represent the Father in the most perfect way. So Jesus represented the commandments ordered by the Father clearly and perfectly. The fulfilment of these commandments are impossible for humans, but the main message of the gospel is that if Jesus dwells within us, then we are not humans anymore but sons of God, as in Jesus dwelling within us, living an

obedient life to the liking of the Father, the same way Jesus lived when he came to Earth.

1John 4,2-3
“This is how you can recognize the Spirit of God: Every spirit that acknowledges that Jesus Christ has come in the flesh is from God, but every spirit that does not acknowledge Jesus is not from God. This is the spirit of the antichrist, which you have heard is coming and even now is already in the world.”

I don’t know any Christian, who would deny Jesus coming to Earth in a human body. Would this verse only be about this? Would this be such a big warning? There is much more in this verse than what we see at first! We can see that John let us know in three separate places (in his gospel, letter and the book of Revelations) that Jesus is God’s Word. So we can understand that the Antichrist is the one, who doesn’t believe that the Word is Christ in the flesh! Christ is not Jesus’ surname, but it means “Messiah”, which stands for Redeemer! Let me ask a question: I wonder how many people are there, who deny that the Word is our Redeemer??? Let’s look back at John’s testimonial:

John 1,14
“The Word became flesh and made his dwelling among us. We have seen his glory, the glory of the one and only Son, who came from the Father, full of grace and truth.”

God’s Word, which can save our lives:

James 1,21
“Therefore, get rid of all moral filth and the evil that is so prevalent and humbly accept the word planted in you, which can save you.”

What does the Antichrist do? It questions God’s Word:

Genesis 3,4
“You will not certainly die,” the serpent said to the woman.”

Well, they died immediately when they ate from the fruit. God commanded them not to eat from the tree of knowledge of good and evil, as they would die. Even today, many people decide for themselves what is right and wrong, instead of looking at God’s Word. But what does God say about these people? He says what he said in the beginning, that: “you will certainly die” (Genesis 2,17). He also said the following through a prophet:

Isaiah 5,20
“Woe to those who call evil good and good evil, who put darkness for light and light for darkness, who put bitter for sweet and sweet for bitter.”

Jesus restored God’s kingdom within us by letting God’s Word distinguish right from wrong, so that we are not the ones to make choices! Be obedient towards God’s Word, otherwise the verdict is the same as for Adam and Eve: “you will certainly die” (Genesis 2,17)!

Acts 17,24-30
“The God who made the world and everything in it is the Lord of heaven and earth and does not live in temples built by human hands. And he is not served by human hands, as if he needed anything. Rather, he himself gives everyone life and breath and everything else. From one man he made all the nations, that they should inhabit the whole earth; and he marked out their appointed times in history and the boundaries of their lands. God did this so that they would seek him and perhaps reach out for him and find him, though he is not far from any one of us. ‘For in him we live and move and have our being.’ As some of your own poets have said, ‘We are his offspring.’ “Therefore since we are God’s offspring, we should not think that the divine being is like gold or silver or stone—an image made by human design and skill. In the past God overlooked such ignorance, but now he commands all people everywhere to repent.”

Ignorance of the past? The ones who do not accept the gospel of obedience, are still in the darkness, while other people are left in the darkness due to being deceived by others (there is still awakening for them). Others are stuck due to being self-delusional, not wanting to acknowledge the fact that they have misunderstood God, as they have followed a false gospel. If this was found out, then they have to consider all their actions and spoken words as a loss and garbage:

Philippians 3,8
“What is more, I consider everything a loss because of the surpassing worth of knowing Christ Jesus my Lord, for whose sake I have lost all things. I consider them garbage, that I may gain Christ”

Not everyone is ready to sacrifice their ignorance of the past on God’s altar.

Romans 1,16-21
“For I am not ashamed of the gospel, because it is the power of God that brings salvation to everyone who believes: first to the Jew, then to the Gentile. For in the gospel the righteousness of God is revealed—a righteousness that is by faith from first to last, just as it is written: “The righteous will live by faith.” The wrath of God is being revealed from heaven against all the godlessness and wickedness of people, who suppress the truth by their wickedness, since what may be known about God is plain to them, because God has made it plain to them. For since the creation of the world God’s invisible qualities—his eternal power and divine nature—have been clearly seen, being understood from what has been made, so that people are without excuse. For although they knew God, they neither glorified him as God nor gave thanks to him, but their thinking became futile and their foolish hearts were darkened.” 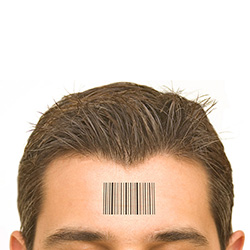 The seal of God and Satan
The seal is upon everyone. The question is whose seal is it? How can we take it upon ourselves? What does the seal indicate?
BibleQuizPro
View 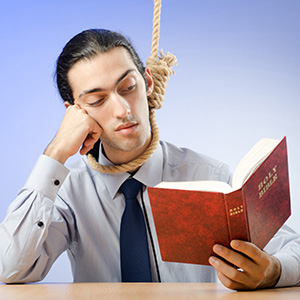 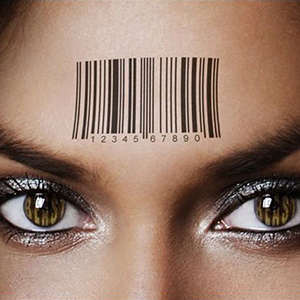 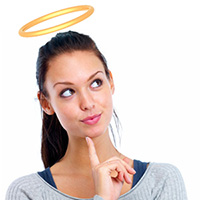 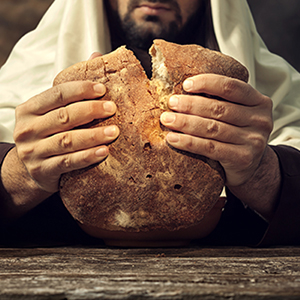 The person of Jesus
Who do you say Jesus is?
BibleQuizPro
View